Various species of stink bug have been known to attack cannabis plants. They lay distinctive patches of white eggs, which hatch into small beetle-like insects and eventually grow into stink bugs. I’ve never personally encountered this insect myself, but they attack many marijuana plants and I wanted to gather some pictures to help marijuana growers identify them. Tthey can suck the life out of flowers and leaves, and especially love to eat seeds, but the worst part may be their terrible smell!

Note: The following pictures are by Professor Whitney Cranshaw, Colorado State University, Bugwood.org. A huge thank you to this amazing man for taking and sharing dozens if not hundreds of pictures of common cannabis bugs and other pests.

Often the first symptom most growers see is a patch of stink bug eggs on leaves. This mass of eggs comes from the conchuela stink bug (Chlorochroa ligata). Many stink bug eggs look very similar to this.

These young red-shouldered stink bugs in Colorado have just hatched and are colonizing this cannabis plant. Stink bugs take different forms throughout their life and look different after hatching vs when they’re nymphs or adults.

The nymph of a brown stink bug (Euschistus sp.)

Stink bugs often attack both male and female flowers of cannabis plants. They especially love to munch on seeds that are forming, like in this picture.

Get Rid of Stink Bugs on Cannabis

1.) Clean the surrounding area of leaves, weeds and debris

Make sure to remove weeds, clean any leaves or debris under the plants, and otherwise keep the grow area clean so bugs have no place to hide and nothing to eat.

2.) Remove or Spray Off As Many Stink Bugs as Possible

First off, before you do anything else, you want to remove as many stink bugs and eggs from the plant as possible to overall lower their numbers. Avoid swatting or squishing stink bugs as they will release a horrible smell! They also smell bad when they die, and their dead carcasses can attract other unwanted bugs like carpenter beetles, so you don’t want them around.

Outdoors you can gently remove leaves with eggs and spray bugs off plants with a hose. If startled, they may fall off the plant, so it’s sometimes possible to shake the plant slightly so some of them fall off, allowing you to catch them in a bucket of soapy water where they won’t be able to escape. Indoors a vacuum can help you get started, but these bugs will leave a scent on the vacuum. Make sure to dispose of the contents of the vacuum immediately so bugs don’t crawl back out or start smelling up the house!). It’s good to remove and collect as many bugs as possible before trying to kill them because…well, they stink.

Remove, shake or spray off as many bugs as you can, and immediately get rid of infected leaves. Dispose of all plant matter, eggs and bugs immediately! 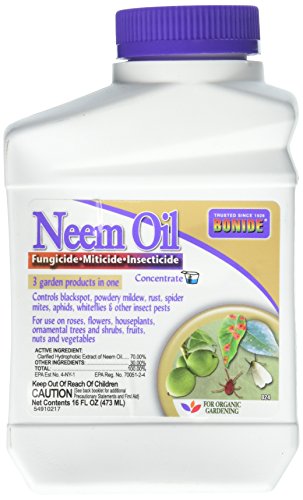 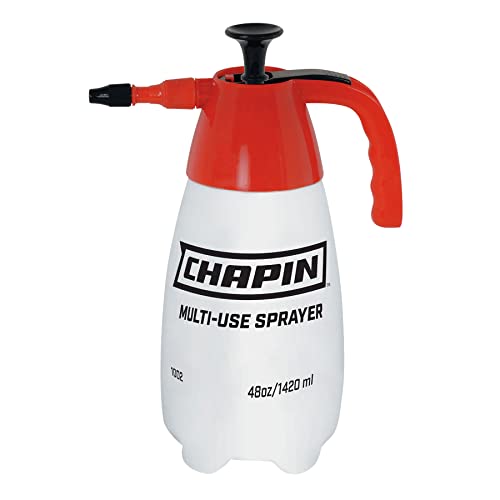 Neem Oil is safe, organic and effective at many bugs but can also be pretty smelly. It’s relatively effective at against eggs and very young bugs but older stink bugs have a protective coating that makes them difficult to kill with any type of typical insecticide. You can safely use neem oil up until the day before harvest, but you don’t want to get any on your buds as it can affect the taste and smell in a very negative way! If used as directed, neem oil won’t hurt humans, animals or most good bugs like bees, ladybugs, predatory wasps, etc. You will need a mister (also called a One-Hand Pressure Sprayer) to spray all the leaves evenly since neem oil and water can separate easily.

Use neem oil right before the lights go out (or the sun goes down) so it doesn’t burn your leaves.

These may not be the best choice for all cannabis growers, but these are very cheap and effective against many types of hard-to-stop bugs because they physically prevent them from getting to your plants without blocking light or using any unsafe pesticides. You can also water plants through the netting. Row covers are sometimes used to make mini green houses on the plants, and some growers will just drape them over the plant as they’re so light and airy they don’t really bother the plant. In addition to stink bugs, these can be good for Caterpillars, cabbage loopers & inchworms, Crickets, Grasshoppers, Leafhoppers, Leaf Miners, and Slugs/Snails. These are much easier to use and are more effective with smaller plants, as it becomes difficult to fully cover larger plants. However, for young plants, these can be great!

4.) Be vigilant for eggs

It can be difficult to kill adult stink bugs, and even their nymphs have a protective coating. One of the best things you can do to get rid of a stink bug infestation is to inspect your plants daily and remove eggs and young bugs before they get out of hand.