Cannabis maturation and Gender: Only female plants produce the fruit(buds)

Did you know there are both male and female marijuana plants? Of course, cannabis plants have a fantastic way of showing their gender, which is most important to us growers. I’ll walk you through determining male vs. female cannabis plants, the various processes of sexing your cannabis plants, what to do with each gender, and why. That’s because only the female weed plant produces buds. How do you grow female plants?

Regular marijuana seeds will be 50% male and 50% female. That means half of the seeds will be unusable for growing buds. One way around this is to purchase feminized seeds online. These seeds are available from all reputable online seedbanks, and the plants produced by these seeds are always female.

Questions about buying seeds online? You can also make your own feminized seeds, but you must start with two known female plants.

When do marijuana plants reveal their gender?

Cannabis plants go through two stages of life, the “vegetative” stage and the “flowering stage.” They first go through the vegetative life stage, which you can consider as “childhood” since the plant only focuses on growing bigger and taller, and gender doesn’t matter. At the beginning of this stage, you usually can’t tell what the plant’s gender is. However, once the plant is about 6 weeks old, it will usually show signs of “pre-flowers,” which will alert you to the gender before the beginning of the flowering stage.

Pre-Flowers usually reveal their gender around week 6 from seed

Next, cannabis plants switch to the flowering stage, which means they stop growing bigger and taller and instead spend all their effort growing flowers (the buds we want are flowers!). The flowering stage is like the “adult” stage of a cannabis plant since, at this point, it’s only interested in adult stuff like growing its male and female parts, then pollinating In the flowering stage, plants start growing buds or pollen sacs in earnest. The buds we want are female flowers, so growers generally only want to grow female plants.

When your cannabis plant is about to reveal its gender, you’re looking for cannabis “pre-flowers.” These usually appear when the plant is around 6 weeks old from seed, but they always appear once the plant is changed to the flowering stage.

Male and female pre-flowers look different (though it can easily confuse them at first). Sometimes it’s hard to tell which is which at first; in that case, you’ll have to wait until they develop a few more flowers and it becomes more evident.

Marijuana plants can be either male or female, each with specific characteristics. Female plants take a bit longer than males to show their first signs after being changed to flowering, typically starting to show one or two wispy white hairs where their buds will start forming. They usually show up where the main stem connects to the individual nodes or ‘branches’. If a female plant is kept in the vegetative stage long enough (the length of time varies depending on the strain and conditions), then she will start showing the first sign of female hairs even before you move the plant into the flowering stage by changing the light schedule. If you see wispy white hairs appearing on your plant like the ones pictured below, you know you have a female plant.

Once you have a female plant that you know will flower, the next step is to start conditioning her to get her ready for the high THC levels coming her way. This is usually done by gradually changing the light schedule to become more light-sensitive. You will also want to reduce the amount of water given to the plant, as this will help to induce a higher level of THC in the buds.

Conversely, males don’t usually start showing any signs of flowering until they are about eight weeks old. They will develop longer internodes and more branches, and their buds will start to fill out with more resin.

In this pic, you can see white pistils emerging from the calyxes. Female pistils are white and wispy, never green. 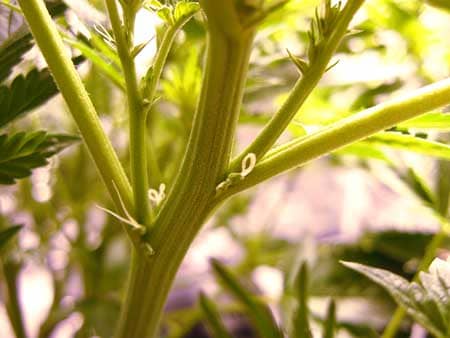 This pre-flower doesn’t have a pistil sticking out at first, but the shape helps tell you it’s a female plant. If you’re not sure about gender after spotting a pre-flower, it’s a good idea to wait and see for a little while to see if white hair appears (which means it’s a girl)

Male plants have grape-like balls which form and fill with pollen. The balls will show up a week or two after changing the plants to the flowering stage. If the male is allowed to continue growing, these pollen sacs will eventually burst open and spill pollen everywhere. A small male pre-flower “this is what male plants look like when they first reveal their gender. 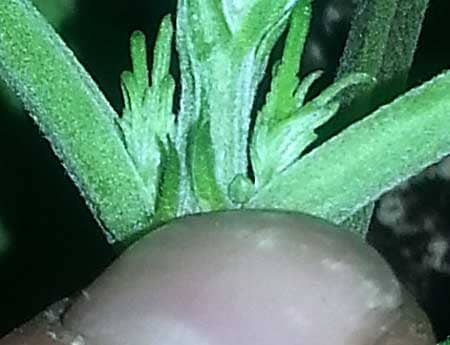 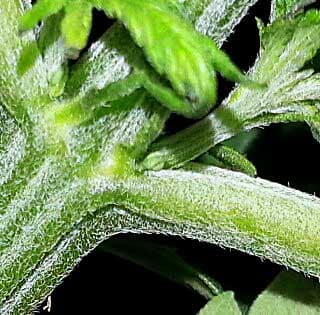 These male pre-flowers are immature pollen sacs. When the plant starts flowering, it will grow and turn into bunches that almost look like grapes.

Life Stages: What Do I Need to Know About the Vegetative & Flowering Stages? 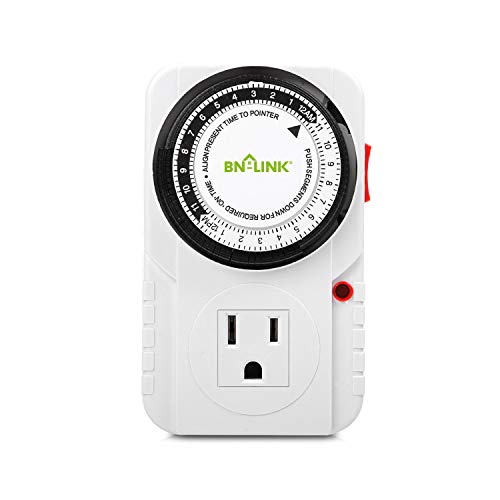 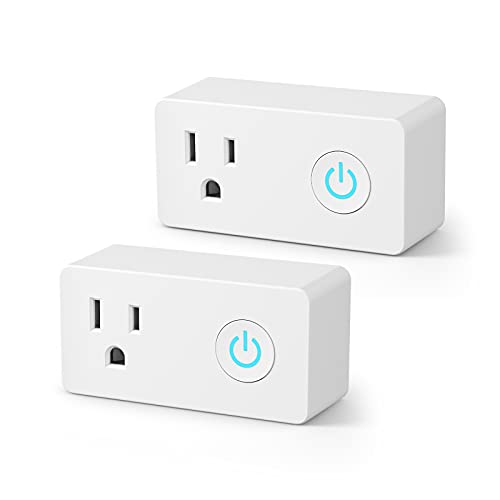 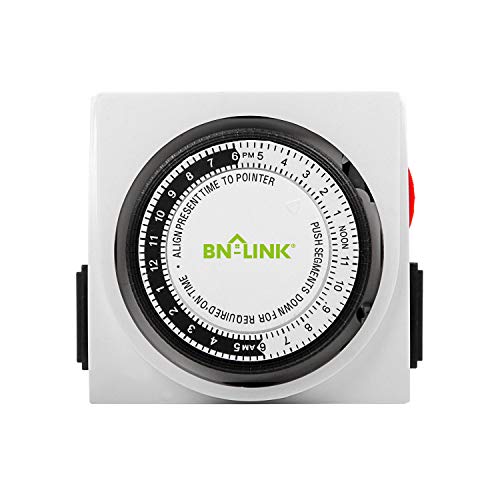 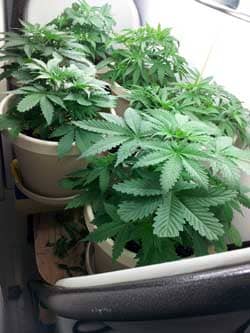 However, when growing marijuana indoors, a marijuana gardener will have to “fool” their plants into thinking winter is coming to induce flowering and kickstart the creation of buds. This is done by changing the plant’s light schedule to 12-12, where the weed plants get 12 hours of light daily and 12 hours of total darkness. It’s easier to ensure the plant gets the 12 total hours of darkness each night when the start and end time for your lights to turn on and off is the same each day.

This is why most growers get a timer to automatically turn their lights on and off. I tend to set my timer in the flowering to shine line from 7 pm-7 am. This gives me time to check on my plants at night when the lights first come on, and I can also check them quickly in the morning before I go to work. It also keeps things cooler since the lights are on at night. Some people (like myself) also get discounts on electricity used at night.

But ANY 12-hour dark period will work, as long as you prevent your plant from getting light leaks during their “night.” With cannabis plants, the length of the night period, not the length of the day, seems to make the most significant difference. This makes sense if you consider that a stormy or cloudy day could shorten the light period a plant receives, but few things in the wild will interrupt the darkness of night. Some out-of-the-box thinkers have experimentally verified this. They gave marijuana plants different amounts of light and dark, then watched what happened. They found that a marijuana plant will stay flowering as long as she regularly gets 12+ hours of darkness. The length of the day didn’t seem to matter at all. You could give plants 12 hours of dark followed by 24 hours of light regularly, and plants would continue to flower if their darkness was uninterrupted for 12 hours at a time.

So all strains of cannabis that respond to light in this way (where the light period affects what stage they’re in) are called “Photoperiod dependent” strains. “Auto-flowering” marijuana strains ignore how much light they get each day. Generally, you don’t run into these unless you buy them, particularly from a cannabis seed bank.

Marijuana plants have a gender: Is my plant Male or Female?

(Some marijuana plants can also be hermaphrodites, which means they display both male and female parts on the same plant) Most growers prefer to grow female plants, as only female plants produce buds/flowers. Note: Once the plant is about 6 weeks old from seed, it will usually show signs of “pre-flowers,” which will alert you to the gender before the beginning of the flowering stage.

Pre-Flowers usually reveal the gender around week 6 from seed, or you can wait until the plant switches to the flowering stage.

Why do I not want male marijuana plants?

Only a female marijuana plant makes flowers/buds that contain a usable amount of THC. Male marijuana plants only make pollen sacs that they use to fertilize the females. Most growers will throw away any male plants they encounter to keep them from fertilizing the female plants. If female plants get fertilized, they will use all their energy to produce seeds instead of making buds. This is good if you want seeds, but you will have the same problem since half of the seeds will also be male. If you would like to start a breeding program to make your own hybrids, I recommend using a method that creates all-female (feminized) seeds so that you don’t waste time identifying and throwing out male plants. 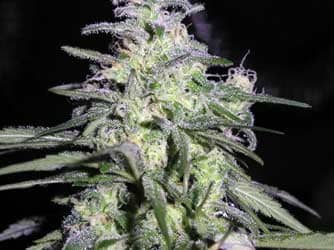 Getting clones of female marijuana plants or buying feminized seeds online from a seed bank are other ways to ensure that all your marijuana plants are female. If you don’t have a choice of seeds, and some of your seeds may be male (like if you just found seeds), then you will want to get your plants to reveal their gender right away, so you don’t have to waste time and energy on male plants. For most marijuana strains, the male plants don’t produce usable amounts of THC, so most growers toss them on sight. Unfortunately, 50% of all regular seeds will become male plants. These male plants can also impregnate your female plants, which causes them not to produce as many buds, so unless you’re breeding, destroy male plants as soon as you notice them growing grape-like balls where their buds would typically be.

A vigilant grower can carefully watch their plants and remove males when they develop the first signs of pollen sacs. How to identify female plants if starting with regular bagseed? You don’t have to wait for the flowering stage! Below we’ll share two tactics growers use to identify gender in the vegetative stage. Tactic 1: Preflowers let you identify plants in weeks 3-6 from seed Pre-Flowers reveal the gender of your plant by around week 6 from seed and as early as 3 weeks from seed for some plants. In this area, you’ll find pre-flowers nestled where the “joints” of the plant are. Learn exactly where to look to find preflowers Tactic 2: Take a clone and flowering it The following method can help you identify the gender of plants that are taking a while to show their pre-flowers. If you’re growing 1, 2, or 3 plants, it can be heartbreaking to find out all your plants are male, and you need to start over to make buds.

When marijuana plants are seedlings (or when they’re just seeds), there’s no way to tell which plants are male and which plants are female. You have to “wait and see.” Male marijuana plants develop pollen sacs (which look like little balls or nuts). Female marijuana plants start growing white hairs that develop into marijuana buds (sensimilla) that contain THC and other cannabinoids. Lots of pictures of male and female parts above. However, you may want to be more proactive and get rid of the male plants before they enter the flowering stage so you don’t have to waste time and energy caring for plants you will eventually get rid of. If so, you can use the following technique to identify and remove all the males from your growth. 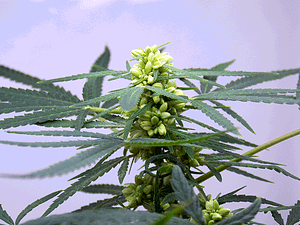