We want all the potency in our pot brownies, without the cannabis taste!

If you want potent weed butter with as little cannabis taste as possible, the best thing to do is make your own weed butter! This allows you to customize the dosage, and by using water during the process to filter out the bad-tasting stuff, homemade cannabutter tastes better than 99%of the pot butter you can buy at the dispensaries!

Important info about dosing with weed brownies or any other infused edibles for that matter.

How to make weed brownies 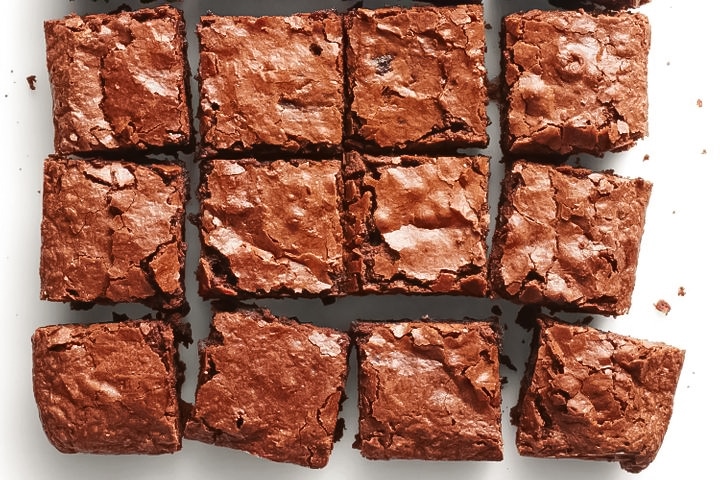 This recipe uses cake mix instead of brownie mix, which makes it a little lighter.Perfect for those who don’t want “fudge-like” brownies, but still want something simple to make! I personally prefer a lighter brownie to a fudge-like brownie, and I’ve been happy with this pot brownie recipe for that purpose!

If you’re unsure of your tolerance with cannabis edibles, only eat 1/2 or 1/4 of a brownie until you’ve better tested your tolerance.

It can take 2-3 hours for a brownie (or any cannabis edible) to set in, especially on a full stomach, so it’s not recommended to eat more edibles in that period. You can always eat more edibles, but you can’t take them back!

Note: The best weed brownies start with high-quality cannabutter! If your cannabutter isn’t great to start, your brownies won’t be as good as they could be. Learn how to make the best weed butter so you know the exact potency you’re working with!

Can you smell weed brownies?

Yes you can smell wee brownies. However when prepared correctly, you should not be able to smell weed brownies after they have been baked. Yes, drug sniffing dogs and those with highly sensitive senses of smell will still be able to pick up on an ‘odd’ odor.

What are weed brownies called or other names to call them?